Students at MA.16., the sixth form at Merchants’ Academy in south Bristol, are set to pursue their ambitions after achieving some excellent results.

Their successes at A-level and the equivalent Level 3 BTEC have been achieved against a challenging backdrop caused by the pandemic and, in some cases, difficult personal circumstances.

Principal Sam Williamson said: “We are enormously proud of our young people’s achievements and wish them every success in their future studies and careers – they deserve it.”

The school’s head boy, Mitchell Cormack, who has set up his own boxing club for teenagers in the neighbourhood, will study Sport and Exercise Science at Cardiff Metropolitan University after earning a distinction in Business Studies BTEC Level 3, a double distinction in Sport BTEC, and an E in A-level Biology.

“Mitchell has developed into a caring and generous young man who is deeply involved in charity work in the community,” said Sam Williamson.

Bailey O’Connor faced difficulties throughout her time at Merchants’ Academy, while studying GCSEs and throughout her A-level studies. She gained a starred distinction in Art BTEC, a distinction in Health and Social Care BTEC and an A* in A-level Photography. Bailey will now begin studying for a degree at Middlesex University.

“Bailey has not once allowed her difficulties to impact her educational studies and she is a shining example of what perseverance can allow you to achieve. She will make a fantastic mental health nurse, which is a career very close to her heart,” said Sam Williamson.

Chelsea Turkington, who achieved a triple distinction in Health and Social Care BTEC and a D in Sociology A-level, experienced challenges at home due to the financial impact of the pandemic but she remained determined to achieve her aspirations.

She is one of three students who took part in the Bristol Scholars programme and will now undertake a degree course in educational studies at the University of Bristol.

Ben Jackson and Amber Pugsley are also Bristol Scholars. Ben will study History at university after achieving a B in A-level History and a double distinction in IT BTEC, while Amber will read English after passing three A-levels with a B in English Literature, a C in Biology and a D in Maths.

Beth aspires to a career in architecture and will study the subject at UWE Bristol after gaining a double merit in Construction and a merit in Art.

Sasha Best will spend another year at MA.16. to complete her Finance and Accounting qualification and improve her A-level Photography grade to achieve her goal of becoming an accountant.

The proportion of grades at A*-B was 17.4 per cent and the average grade overall was C. The school’s Value Added score was 0.19.

David Watson OBE, CEO of Venturers Trust, of which Merchants’ Academy and MA.16. are a part, said: “This has been a challenging eighteen months for all students. Many families in south Bristol were hit harder than others by the impact of the pandemic but the young people from MA.16. who received their results today are a real inspiration. They have demonstrated what can be achieved by working hard, whilst also finding time to support their community and remaining positive at home. Today’s graduates are tomorrow’s potential leaders and I wish them every success as they begin the next step of their journey into further education or the world of work.”

Merchants’ Academy and MA.16. are part of Venturers Trust, which is sponsored by the Society of Merchant Venturers and the University of Bristol. 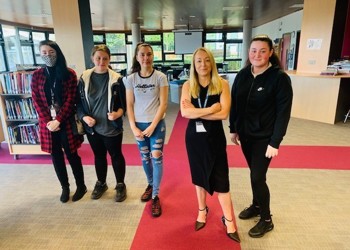 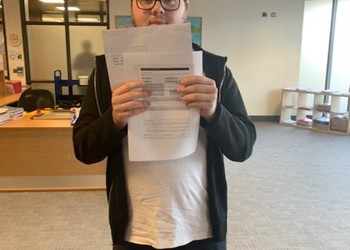